I remember back in medical school and residency watching some liposuction cases. I distinctly remember thinking that those surgeries were pretty cool. Great results, and in just one day. The drawback was that the surgeries were pretty invasive to the body and there was a lot of downtime. There were large cannulas (tubes) connected to suction pumps, patients under general anesthesia, and many postoperative complications. Some of those complications were blood clots to the lungs, legs and even death. For many years, and through my years as a family medicine doctor, I have always thought that it would be great to do cosmetic type surgeries where people had great results and in short periods of time. I was always taken aback by the high rate of complications and missed time off work for “just a cosmetic procedure”.

Now, many years down the road, and after a long time of delivering babies, doing cesarean deliveries, many procedures in the office including endoscopy of the stomach, vasectomies and other surgical procedures too numerous to count, I decided to look into liposuction. It has always stuck in the back of my mind as something that I wanted to do someday.

I was really surprised and pleased when I found how liposuction is done now in 2019. The procedure is very safe. It is done with a type of local anesthesia, called tumescent anesthesia, which is numbs the same fat layer that is being removed with liposuction. It allows the surgery to be done with the person completely awake and all the time not feeling anything more than some tugging, pushing and strange sensations as the fat is extracted from the areas we are treating. Often areas that are just completely resistant to diet and exercise. If that is not enough, liposuction is now done with very small tubes or cannulas instead of the large “garden hose” sized tubes used back in the day. This allows the fat to be removed more slowly and evenly for a more fine, smooth skin appearance after it is all said and done. I was also astounded to discover that the complications rates are next to nothing and recovery times are just a couple of days. Areas that are now treated are under the arms, under the chin, knees and nearly all other locations where this stubborn fat resides.

If that is not all enough change from back in past times, liposuction is now assisted with lasers. Lasers allow for a smoother result and because of the heat from the laser that is applied to the skin’s undersurface to help tighten skin. Loose skin was historically a drawback to removing fat with liposuction, leaving the skin flabby. Bleeding is also much less with the use of lasers as the laser beam coagulates off the small blood vessels that would otherwise tend to bleed and cause complications. One negative to the use of lasers was that the actual surgery time is a bit longer, but the trade-off of better results, less bleeding and fewer complications surely seems to outweigh the bit of extra time for the procedure.

I thought all of those benefits were amazing, but when I found that liposuction done in this manner is one of the most performed surgeries in the US today, I knew that I needed to learn even more. There was surely more to learn. Much to my surprise, liposuction is not only being done by plastic surgeons. Family doctors, emergency room physicians, hospitalists, gynecologists and believe it or not, I’ve heard of an orthopedic surgeon that is doing liposuction surgeries. As more doctors are performing this surgery it has become much more performed and the cost has come down significantly to a range that most anyone can afford.

Liposuction is so safe now that it is never done in hospitals anymore, and is always performed in an office or small operative suite, usually in the doctor’s office.

For myself and my decision to start performing this simple surgery, all of these benefits for the patient made it an easy decision to seek extra training and build an operative suite where people can come and get this affordable cosmetic surgery that has results so fast and dramatic.

The way that liposuction or SmartLipo, as it is called when it is done with the assistance of lasers, is done is by first finding a surgeon and clinic or spa to do the liposuction. You want a surgeon that is excited about helping patients feel better about themselves and their body, and really cares to take the time to talk to the patient and explain what is going to happen before, during, and after the surgery. It’s important to find a doctor and office that has the ability and desire to be there for the patient and be available should any problems arise even after the surgery is performed.

The patient having liposuction will have a health screening to assure that there are no health problems that would put you at unnecessary risk of complications. This is done by having a physical exam and communicating to the doctor any and all medical problems, and medications that are being taken. Some  medications need to be stopped, for a time, prior to liposuction. After this exam the patient is scheduled for a day to have the surgery.

On the day of the surgery the patient should eat a small meal and be driven to the clinic or surgery center by a family member or friend. Ride sharing or a taxi is not recommended to come to the appointment for the surgery. The patient then signs consent forms and before pictures are taken. Before and after pictures are always required to help document results. These pictures can sometimes be used by the doctor for marketing or showing to other patients, with consent only, from the person whose pictures they are.

After pictures are taken, 3 medications are taken. An antibiotic, a pain pill, and an anxiety pill are given to the patient and the patient is taken to the operative suite where cleansing and sterilization of the surgical site/s are performed. Then very small 1.5 to 2mm holes are placed around or inside the area that is going to get liposuction. These are the holes that the surgeon uses to access the fat that will be removed. The area is then anesthetized with lidocaine, and the laser is used to kill fat cells and shrink excess skin in the parts of the body that are being treated. The last part of the liposuction is to use the small cannulas to remove as much fat as in needed. It’s important to know that all fat is not removed. The surgeon balances taking out enough fat to get the desired look, without taking out too much for your health.

The holes that are used to access the fat are not closed after the surgery. They are so small that they are left to close on their own. They also act as drains to let the excess fat and fluid drain out of the body where the procedure was done. The holes will drain for 2-4 days depending on the site that is treated.

A compression garment is then used to hold pressure over the area that was treated. This does many things including helping to get the fluid out, helping the tissues heal well, and prevent seromas or fluid collections in areas that have had the fat removed. The compression garment also does much to help with discomfort that one can feel after the liposuction surgery.

Most people are up and about the next day, but not to work or heavy housework just yet. On the third day, people are usually feeling really good and are able to do most things normally with some discomfort. Most people describe the discomfort as muscle pain in the body that occurs a few days after a hard workout.

A week after liposuction, the patient is seen in the clinic by the surgeon to make sure all is going well and no complications and/or take care of any problems there maybe. For the holes that are healing, even though they are very small, we offer a complimentary treatment with a laser that can help the body heal with a better chance of having no little scars.

The most important of all of this is that the patient gets results quickly and with very little down time.

If you would like to get even more information about liposuction and to get the body you’ve been wanting, click below to schedule an appointment to come in for your free consultation and learn more. 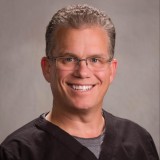 By Steven Cherrington, DO

Dr. Cherrington is a board-certified physician with experience providing a wide range of gentle and effective aesthetic treatments. As the leading provider at Gentle Revive in Lindon, Utah, Dr. Cherrington helps patients address a number of aesthetic concerns like stretch marks, acne scarring, and cellulite.

The New U Bundle Package Includes

Click on one of the options below to check your rate and get started.